How We Face Terrorism 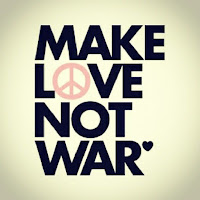 Terrorism comes in many forms. Explosions in trade areas, airports, metro stations and they all scare a lot of people. All of us sympathize with people suffering losses of loved ones, and those who survive with scars on their bodies or in their minds - and often both are affected.
We MUST fight terrorism rationally. We can't allow ourselves to get so fired up with hate and intolerance that we give terrorists what they are looking for.

One tv-program mentioned that one of the goals is to fire up westeners to an extent that terrorists can point their fingers at us, and say: "See what we told you. They hate us!"

Terrorism is NOT a fight against any specific religion. Just as President Obama said, we are fighting fools. People who HIDE behind a religion, and use that to cause mayhem in our minds and societies. We need to face the facts instead of letting ourselves be moved by our emotions.

It may not be popular to say this, but our media - regardless of whether it's national or international - is giving terrorism too much attention. Media people call this 'special coverage', but in reality it is causing people to turn off their rational thinking. They get aroused by extreme attention towards single events, and people lose sight of the fact that much of the drama is caused by the fact that we can now get news on a global scale with social media such as Twitter and Facebook.

What previously took weeks to explore is now cast online in a matter of mere minutes, and that has moved our attention span because media often focus solely on single events - thus overlooking all the other things that are happening.

But terrorism must be fought by authorities trained in handling this. Not by people turning hate towards their neighbor of foreign decent, as we see Donald Trump speaking for in his candidate speeches all over the US. We MUST fight powers of ignorance with education, and we must improve the lives of those foolish enough to believe such lies that some people should be of less value than others. No one can claim the power of any righteous God as an alibi for taking the lives of another person, regardless of whatever creed he or she has.

It's once you realize this that you can begin to see why hate can never be the solution to ANY problem whatsoever...
Posted by Henrik V Blunck at 2:07 PM